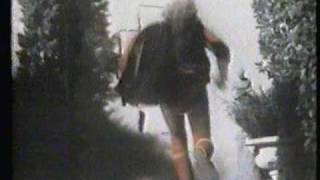 The chronicles of  teacher Ralph Hinkley's adventures after a group of aliens gives him a red suit that gives him superhuman abilities. Unfortunately, Ralph, who hates wearing the suit, immediately loses its instruction booklet, and thus has to learn how to use its powers by trial and error, often with comical results.

Currently you are able to watch "The Greatest American Hero" streaming on FILMRISE, Tubi TV for free with ads.