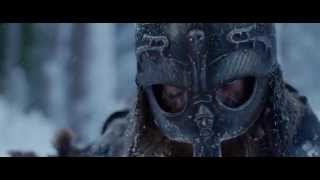 The early Middle Ages. A time of heavy swords and dark blood law. The ruling clan is in discord. The guilt for the accidental death of the brother has fallen on the Grand Duke. According to the law, revenge must be taken by the younger brother, a bastard. For the refusal to kill, he has to pay with eve- rything he had, because “for peace you need more swords than for a war”...

4.5 (4k)
Genres
Drama, War & Military, Action & Adventure, History
Runtime
2h 13min
Age rating
15
Director
Andrey Kravchuk
Under the new EU law on data protection, we inform you that we save your history of pages you visited on JustWatch. With that data, we may show you trailers on external social media and video platforms.