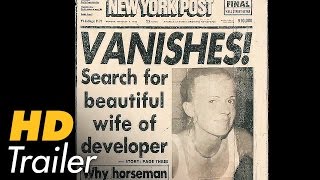 Robert Durst, scion of one of New York’s billionaire real estate families, has been accused of three murders but never convicted. Brilliant, reclusive, and the subject of relentless media scrutiny, he’s never spoken publicly—until now. During interviews with Andrew Jarecki, he reveals secrets of the case that baffled authorities for 30 years. In 2010, Jarecki made the narrative film All Good Things based on the infamous story of Robert Durst. After Durst saw the film, he contacted Jarecki wanting to tell his story. What began as a feature documentary ultimately became a six-part series as more and more of his incredible story was revealed.

The Jinx: The Life and Deaths of Robert Durst - watch online: stream, buy or rent

Currently you are able to watch "The Jinx: The Life and Deaths of Robert Durst" streaming on Sky Go, Now TV or buy it as download on Apple iTunes, Google Play Movies, Amazon Video, Rakuten TV, Chili, Sky Store.

People who liked The Jinx: The Life and Deaths of Robert Durst also liked

8.7 (39k)
Genres
Documentary, Crime
Runtime
45min
Director
Andrew Jarecki
TV
Under the new EU law on data protection, we inform you that we save your history of pages you visited on JustWatch. With that data, we may show you trailers on external social media and video platforms.