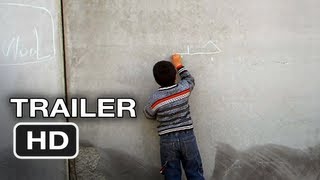 Five broken cameras – and each one has a powerful tale to tell. Embedded in the bullet-ridden remains of digital technology is the story of Emad Burnat, a farmer from the Palestinian village of Bil’in, which famously chose nonviolent resistance when the Israeli army encroached upon its land to make room for Jewish colonists. Emad buys his first camera in 2005 to document the birth of his fourth son, Gibreel. Over the course of the film, he becomes the peaceful archivist of an escalating struggle as olive trees are bulldozed, lives are lost, and a wall is built to segregate burgeoning Israeli settlements.