A wandering traveler and a marginalized young woman meet and form a beautiful bond. The two young drifters roam state-to-state across the unforgiving America of Ronald Reagen. Maren and Lee are in love and validated by each other in a way they could never be by the society around them. The uncertain journey sees the odd pair facing the peril of a precarious life in an increasingly conservative society. In the shadows, the disenfranchised duo live outside of the mainstream; taking the backroads and slipping between the cracks. Can their love outlast their differences and the desperate difficulty of an itinerant life?

Bones and All is an upcoming coming-of-age, romance-horror movie directed by Luca Guadagnino. The film is based on the book of the same name written by Camille DeAngelis. The novel is adapted into a screenplay by writer David Kajganich. Having worked together on Suspiria and A Bigger Splash, the writing and directing duo of Kajganich and Guadagnino return for Bones and All. Another noteworthy continued collaboration is between the director and lead actor. Timothee Chalamet, who worked with Luca Guadagnino on Call Me by Your Name takes on a new type of role as the drifter Lee. Playing opposite him is Taylor Russell as Maren Yearly. Mark Rylance, Andre Holland, and Jessica Harper all make noteworthy appearances in the cast list. The film is scored by Academy Award winners Trent Reznor and Atticus Ross.

Bones and All will be released in cinemas on November 23, 2022. It will have a world premiere at the Venice International Film Festival between August 30th-September 10th. Bones and All has no confirmed streaming partner. 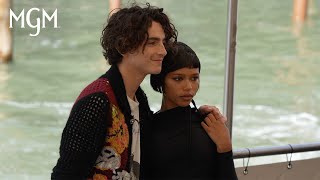 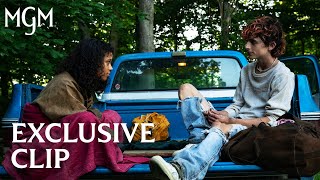 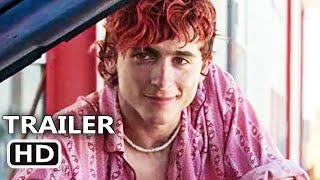 Bones and All streaming: where to watch online?

Bones and All will be available to stream from November 23, 2022. The streaming service that will include Bones and All in its media library is still unknown, but you can stay updated by tracking this movie on JustWatch.