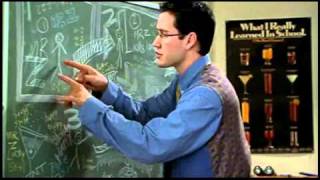 College freshmen Josh and Cooper are more interested in hitting the bottle than in hitting the books -- and their poor grades are set to get them kicked out of school. Their only hope of passing is to find a roommate who will kill himself. That's because an oddball college code states that a suicide victim's roommates automatically get straight A's. But sharing space with a lineup of lunatics proves enough to drive both boys crazy.

Dead Man on Campus streaming: where to watch online?