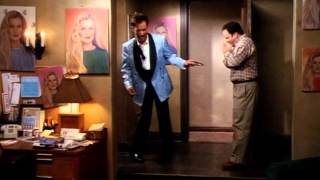 A romantic comedy about Michael (Jason Alexander TV's "Seinfeld"), a loser whose recent girlfriend dumped him and to make matters worse, he discovers that his recently married brother Reggie (James Woods "John Q," "Scary Movie 2") is planning to knock over the credit union where their own mother (Bea Arthur TV's "The Golden Girls") works.

For Better or Worse streaming: where to watch online?

People who liked For Better or Worse also liked

4.8
Genres
Comedy, Drama, Action & Adventure
Runtime
1h 45min
Age rating
PG-13
Director
Jason Alexander
Under the new EU law on data protection, we inform you that we save your history of pages you visited on JustWatch. With that data, we may show you trailers on external social media and video platforms.