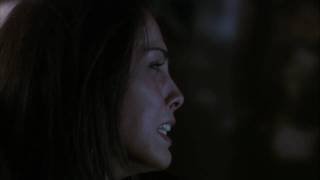 Pat Baker is a small town sheriff. His son, Kurt, is a deranged young man with a dark secret. Sheriff Baker's worst nightmare comes true when Kurt escapes from a psychiatric hospital where he was locked away for the brutal murder of his mother thirteen years earlier. Gary, a hospital security guard, sets out into the woods to stop him, but soon finds himself relentlessly hunted by the deranged psychopath intent on killing him and anyone who crosses his path. Sheriff Baker launches an intense search to find his son, only to discover that his daughter, Sara, and her friends are camping in the same woods where Kurt has escaped. Kurt's psychosis escalates, as does his vengeful killing spree, culminating in a terrifying, climactic confrontation with Kurt, the sheriff and his family.

Frayed streaming: where to watch online?