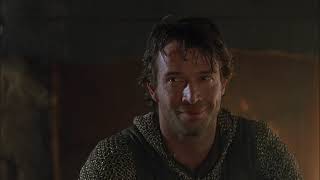 In 12th century England, the handsome and noble knight, George, has left the Crusades behind to follow his dream of a peaceful life on his own piece of land. However, in order to obtain his land from the ruling King Edgaar, he must help find the King's missing daughter, Princess Lunna, a quest which sees George drawn into an unexpected battle with the kingdom's last surviving dragon.

George and the Dragon streaming: where to watch online?

People who liked George and the Dragon also liked

5.7 (3k)
Genres
Action & Adventure, Romance, Comedy, Fantasy
Runtime
1h 28min
Age rating
PG
Director
Tom Reeve
Under the new EU law on data protection, we inform you that we save your history of pages you visited on JustWatch. With that data, we may show you trailers on external social media and video platforms.