History , Documentary , Made in Europe 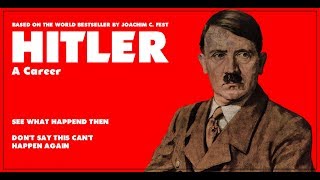 History , Documentary , Made in Europe

A keen chronicle of the unlikely rise to power of Adolf Hitler (1889-1945) and a dissection of the Third Reich (1933-1945), but also an analysis of mass psychology and how the desperate crowd can be deceived and shepherded to the slaughterhouse.

Hitler: A Career streaming: where to watch online?