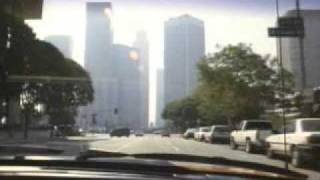 In the future, national boundaries have been broken down and two giant super-states remain—the bleak, oppressive, and totalitarian "Hemisphere," and the sprawling and futuristic "Megaville." Megaville has an elected president, but the entire system is rife with corruption. All forms of media are encouraged in Megaville, but this freedom has aided moral decay with the distribution of pornography and violent movies. Outside Megaville lies the Hemisphere; whereas Megaville is clean and ordered, the Hemisphere is in a state of decay. Travel from the Hemisphere to Megaville is restricted with few exceptions to the powerful. An outwardly totalitarian regime governs the daily life of civilians in the Hemisphere and the people live in fear of the "CKS" (the secret police). All forms of media are illegal in the Hemisphere. CC wikipedia.org

Megaville streaming: where to watch online?

We try to add new providers constantly but we couldn't find an offer for "Megaville" online. Please come back again soon to check if there's something new.

4.0
Genres
Science-Fiction, Mystery & Thriller
Runtime
1h 35min
Age rating
PG-13
Director
Peter Lehner
Under the new EU law on data protection, we inform you that we save your history of pages you visited on JustWatch. With that data, we may show you trailers on external social media and video platforms.