Horror , Made in Europe , Drama , Science-Fiction 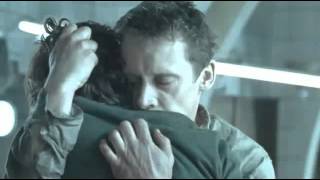 Horror , Made in Europe , Drama , Science-Fiction

A nasty virus has spread throughout the human race turning the population into something ...else. After a brief setup (and a messy hit and run) we’re introduced to an ambulance and its four occupants. Sonia and Marco are together and riding with two police officers. Tensions rise between them as they head for a mythical research facility called NOAH that is reportedly infection free and working on a cure, and circumstances lead to Sonia and Marco holing up alone in an abandoned building. She’s pregnant, in love, and apparently immune to the virus… and she realizes that he’s been infected. He slowly transforms but her love for him refuses to give up on a cure, so she sets out to survive the onslaught of infected, attacks from still-human marauders, and the growing threat from her baby’s daddy.

Mutants streaming: where to watch online?