Guillermo del Toro’s Pinocchio is a fresh whimsical retelling of the Carlo Collodi fairytale. Grief-stricken Geppetto is a wood-carver in 1930s facist Italy and by the magical force of his will, Geppeto’s freshly-finished marionette is brought to life. Mischievous and unruly, Pinocchio dreams of living beyond his wood and strings to find his place in the world. With his conscience Jimmy Cricket, Pinocchio embarks on an adventure that tests his bravery, honesty and selflessness on his quest to become a real boy.

A lifelong passion project of the acclaimed Mexican Academy Award winning director Guillermo del Toro, Pinocchio is an upcoming animated stop-motion musical fantasy film. Based off of the Gris Grimly reimagining of the Carlo Collodi fairytale, Pinocchio sees del Toro tackle an animated feature film for the first time in his rich career. The film is produced by Netflix and The Jim Henson Company with the screenplay being written by del Toro, Patrick McHale, Matthew Raobbins and Gris Grimly. Taking influence from the story of Frankenstein, del Toro’s approach is likely to be unique and refreshing. The all-star cast includes Ewan McGregor, Ron Perlman, Tilda Swinton, Cate Blanchett, Tim Blake Nelson, Finn Wolfhard, John Turturro and a breakout role for Gregory Mann who is set to play Pinocchio. This retelling is likely to be imbibed with the surreal darkness of del Toro’s signature style and to accompany that musical collaborator Alexandre Desplat has been confirmed to score the film marking his second project with del Toro after The Shape of Water.

Guillermo del Toro’s Pinocchio will be available to stream on Netflix from December 2022. Though no exact release date has been given, the film looks set for a Christmas time release. 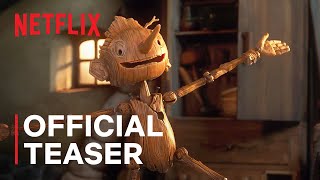 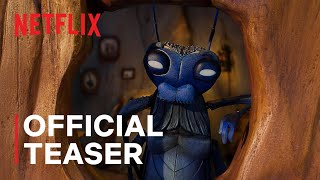 Pinocchio streaming: where to watch online?

Guillermo del Toro's Pinocchio will be available to stream on Netflix. The release date is yet to be announced, but you can stay updated by tracking this movie on JustWatch.