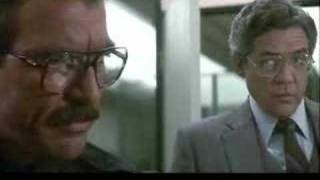 In the near future, a police officer specializes in malfunctioning robots. When a robot turns out to have been programmed to kill, he begins to uncover a homicidal plot to create killer robots... and his son becomes a target.

Runaway streaming: where to watch online?

5.9 (11k)
Genres
Science-Fiction, Mystery & Thriller, Drama, Action & Adventure, Crime, Comedy
Runtime
1h 40min
Age rating
PG-13
Director
Michael Crichton
Under the new EU law on data protection, we inform you that we save your history of pages you visited on JustWatch. With that data, we may show you trailers on external social media and video platforms.