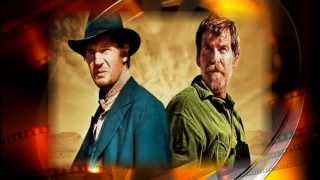 The Civil War has ended, but Colonel Morsman Carver is on one final mission – to kill Gideon, no matter what it takes. Launched by a gunshot and propelled by rage, the relentless pursuit takes the two men through frigid snow-capped mountains and arid deserts, far from the comforts and codes of civilisation, into the bloodiest recesses of their own souls.