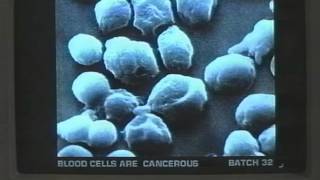 When an accidental death verdict is given on discovery of the remains of a top scientist, within the stomach of a hammerhead shark his closest friend Marine Biologist Steven McRay is not happy with the explanation and travels to investigate further, where he discovers that his friend's death was not an isolated incident, and that the local population have been terrorised by a rash of shark attacks.Developments in scientific technology had allowed experts to predict the pattern and likelihood of Shark Attacks, but now it seems that they may also be able to actually control these factors, rendering at their disposal the ultimate Killing machine.Enjoy the water... you may never want to go in the sea again!

Currently you are able to watch "Shark Attack" streaming on Tubi TV, The Roku Channel, Popcornflix, FILMRISE for free with ads or rent it on Amazon Video online.

3.4 (2k)
Genres
Horror, Science-Fiction, Mystery & Thriller, Action & Adventure
Runtime
1h 35min
Age rating
R
Director
Bob Misiorowski
Under the new EU law on data protection, we inform you that we save your history of pages you visited on JustWatch. With that data, we may show you trailers on external social media and video platforms.