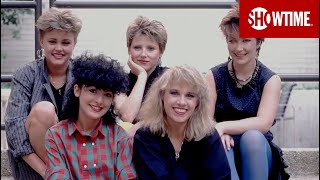 As the first all-female band to play their instruments, write their songs and have a No. 1 album, The Go-Go’s made history. Underpinned by candid testimonies, this film chronicles the meteoric rise to fame of a band born in the LA punk scene who became a pop phenomenon.

The Go-Go's streaming: where to watch online?

75%
Genres
Music & Musical, Documentary
Runtime
1h 37min
Director
Alison Ellwood
Under the new EU law on data protection, we inform you that we save your history of pages you visited on JustWatch. With that data, we may show you trailers on external social media and video platforms.