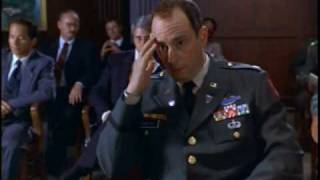 From the director of “Made In America” and “The Money Pit” comes a hilarious look at one of the most expensive blunders in military history. Over 17 years and almost as many billion dollars have gone into devising the BFV (Bradley Fighting Vehicle). There's only one problem. . . it doesn't work.

The Pentagon Wars streaming: where to watch online?