The Trials of Muhammad Ali 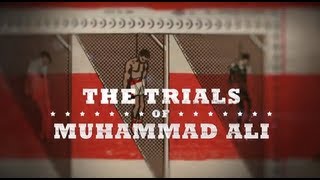 Brash boxer Cassius Clay burst into the American consciousness in the early 1960s, just ahead of the Civil Rights movement. His transformation into the spiritually enlightened heavyweight champion Muhammad Ali is legendary, but this religious awakening also led to a bitter legal battle with the U.S. government after he refused to serve in the Vietnam War. This film reveals the perfect storm of race, religion and politics that shaped one of the most recognizable figures in sports history.

The Trials of Muhammad Ali streaming: where to watch online?

People who liked The Trials of Muhammad Ali also liked