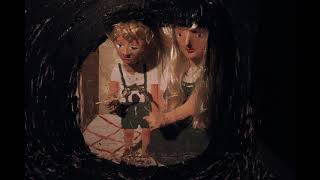 María, a girl from Colonia Dignidad, in Chile —a kind of sectarian community, tyrannically mastered by the ruthless Paul Schäfer, a German madman, religious fanatic and child predator, who would end up turning the place into a torture center at the service of the military dictatorship ruled by Augusto Pinochet—, is punished for having lost three pigs, so she decides to run away and take refuge in an abandoned house hidden in the forest.

The Wolf House streaming: where to watch online?