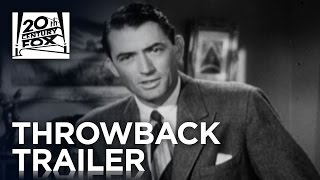 In the early days of daylight bombing raids over Germany, General Frank Savage must take command of a 'hard luck' bomber group. Much of the story deals with his struggle to whip his group into a disciplined fighting unit in spite of heavy losses, and withering attacks by German fighters over their targets.

7.7 (12k)
Genres
Drama, War & Military
Runtime
2h 7min
Director
Henry King
Under the new EU law on data protection, we inform you that we save your history of pages you visited on JustWatch. With that data, we may show you trailers on external social media and video platforms.