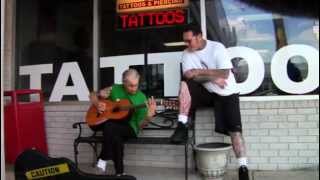 Jerry McGill slipped from a rock'n'roll career into a life of crime, robbing banks and running from the FBI while touring with legends of country music and appearing in movies. After three jail sentences (under two different names), aged 70 and suffering from terminal cancer, he announced his return to music. We follow a gun-toting McGill and his fiance Joyce through four states as he steals whatever's not nailed down and charms his way into and out of trouble. But when you point a camera at a man who will do anything for notoriety, how responsible are you when he goes too far?