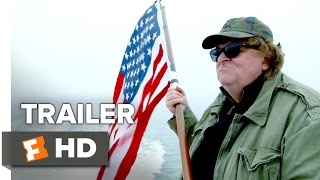 Michael Moore
Himself
Jón Gnarr
Himself
Krista Kiuru
Herself
Dr. Pasi Sahlberg
Himself

To understand firsthand what the United States of America can learn from other nations, Michael Moore playfully “invades” some to see what they have to offer.

Where to Invade Next streaming: where to watch online?

People who liked Where to Invade Next also liked

7.5 (23k)
Genres
Documentary, Comedy
Runtime
2h 1min
Age rating
R
Director
Michael Moore
Under the new EU law on data protection, we inform you that we save your history of pages you visited on JustWatch. With that data, we may show you trailers on external social media and video platforms.