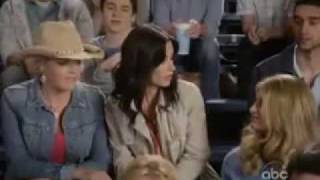 The show was renewed for a sixth and final season on May 10, 2014, containing 13 episodes. Production on the final season finished on December 14, 2014. Brian Van Holt, who portrays Bobby Cobb, was announced to be exiting the series at the beginning of the season. Busy Philipps announced to have directed the fifth episode, making her the fourth cast member to have directed an episode, after Courteney Cox, Brian Van Holt and Josh Hopkins. It was announced on October 22, 2014, that the Australian pop star Cody Simpson is going to guest-star on the show, as a high school student who has a strong resemblance to Grayson. Cindy Crawford is also expected to guest star this season as herself.

7.0 (40k)
Genres
Comedy, Romance
Runtime
23min
Age rating
TV-14
Season 6
Season 6
Under the new EU law on data protection, we inform you that we save your history of pages you visited on JustWatch. With that data, we may show you trailers on external social media and video platforms.