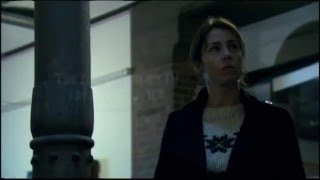 Detective Chief Inspector Sarah Lund is looking forward to her last day with the Copenhagen police force, planning to move to Sweden with her fiancé and transfer to the Swedish police. However, everything changes when a 19-year old woman, Nanna Birk Larsen, disappears only to be found raped and brutally murdered. Along with her colleague, Detective Inspector Jan Meyer, Sarah is forced to head the investigation as it soon becomes clear that she and Meyer are chasing a very intelligent and dangerous murderer. Meanwhile, local politician Troels Hartmann is in the middle of a hard-fought mayoral campaign when evidence links him to the murder, adding a political thread and further intrigue to the storyline. At the same time, the girl's family and friends struggle to cope with their loss. Over a span of 20 days, suspect upon suspect is sought out as violence and political pressures cast their shadows over the hunt for the killer.

You are able to buy "The Killing - Season 1" on Apple iTunes, Rakuten TV, Sky Store as download.

8.4 (24k)
Genres
Drama, Documentary, Crime, Mystery & Thriller, Made in Europe
Runtime
57min
Age rating
15
Season 1
Season 1
Under the new EU law on data protection, we inform you that we save your history of pages you visited on JustWatch. With that data, we may show you trailers on external social media and video platforms.