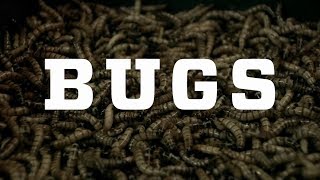 Although scientists and agribusiness have started touting edible insects as the future of sustainable food, the notion of eating bugs hasn’t exactly gained much popularity among the general public. Head Chef Ben Reade and Lead Researcher Josh Evans from the Nordic Food Lab in Denmark are looking to change that. With a focus on food diversity and deliciousness, they set out on a globe-trotting mission to take on the politics of the palate, sampling grubs in the Australian outback, pillaging giant wasp nests in Japan and attending food expos where entrepreneurs pitch their flavorless farmed crickets. Along the way, they put their own haute cuisine spin on local insect delicacies, whipping up dishes like cricket and grasshopper ravioli, maggot cheese gelato and bee larva ceviche.

Bugs streaming: where to watch online?