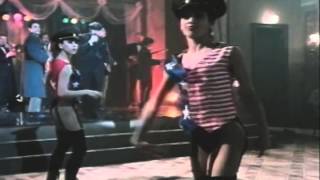 When long-time British agent Harry Palmer loses his job because the Cold War is over, he's promptly approached by a Russian bossman, Alex. In St. Petersburg Alex tells Harry of his plan for Russia's future, which is threatened because a deadly biochemical weapon called the Red Death has been stolen from him. He'll pay Harry handsomely to retrieve it. An ex-spy friend tips Harry off that it's being sent to Beijing by train, aboard which we begin to learn whose side everyone's really on.

Bullet to Beijing streaming: where to watch online?

Currently you are able to watch "Bullet to Beijing" streaming on Tubi TV, The Roku Channel for free with ads.