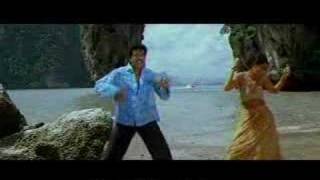 Chatrapathy movie tells the story of Saravanan(Sarathkumar) who works as the bus driver for a ladies college and Nikitha, one of the college students, has fallen for him. When four goondas belonging to a caste-based political party get off easy after causing the death of a young woman, Saravanan takes justice into his own hands and kills them.Eventually we learn of his past as Chatrapathi, a decorated major in the army and the reason behind his enmity with Chakravarthy(Mahadevan), the leader of the same political party.

Chatrapathy streaming: where to watch online?