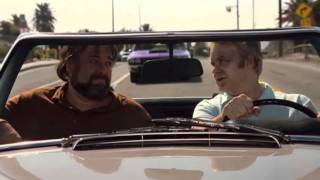 In 1973, the Loud family became a television sensation of a new kind. It was long before a metal rock star showed his eccentric family on the small screen and decades before housewives had screaming matches with each other on camera in public. CINEMA VERITE tells the behind-the-scenes story of the groundbreaking documentary "An American Family," which chronicled the lives of the Louds in the early 1970s and catapulted the Santa Barbara family to notoriety while creating a new television genre: the reality TV series.