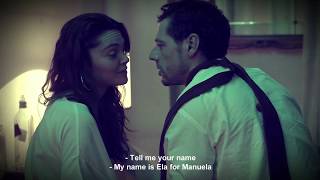 The bedroom of an apartment in Paseo de la Castellana, Madrid. It is Sofia's bedroom, a deluxe escort. Her new client discovers the name that is tattoed on her leg 'Diana'... Is it your real name?' He introduced himself as Hugo, but his real name is Jano. Who is really Sofia? According to an interview aired on an investigative tv program, 'a social waste, a victim who didn't know how to survive the economic crisis'. Who is Jano? Society portrays him as a symbol of the entrepreneur of the future, an example to follow. Sofia's apartment becomes the stage where the personality or personalities of both will be revealed as onion layers until reaching the core. And the key to Sofia's is to discover who is Diana and what does she mean to her...

Diana streaming: where to watch online?