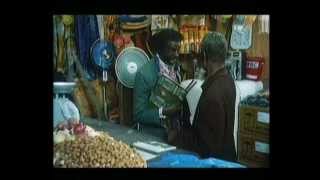 After being kicked out of her African village three decades earlier for getting pregnant out of wedlock, Linguere (Ami Diakhate) has returned home. While Linguere has done well for herself, her home village has fallen on hard economic times. Intent on punishing Dramaan (Mansour Diouf), the man who fathered her child but refused to own up to the act, Linguere makes a proposal: She will help the town financially, if the locals agree to execute Dramaan.

Hyenas streaming: where to watch online?