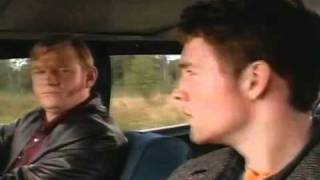 Fresh out of prison, Git rescues a former best friend (now living with Git's girlfriend) from a beating at the hands of loan sharks. He's now in trouble with the mob boss, Tom French, who sends Git to Cork with another debtor, Bunny Kelly, to find a guy named Frank Grogan, and take him to a man with a friendly face at a shack across a bog. It's a tougher assignment than it seems: Git's a novice, Bunny's prone to rash acts, Frank doesn't want to be found (and once he's found, he has no money), and maybe Tom's planning to murder Frank, which puts Git in a moral dilemma. Then, there's the long-ago disappearance of Sonny Mulligan. What's a decent and stand-up lad to do?

I Went Down streaming: where to watch online?

Currently you are able to watch "I Went Down" streaming on Amazon Prime Video, Hoopla or for free with ads on Tubi TV, Redbox.

People who liked I Went Down also liked