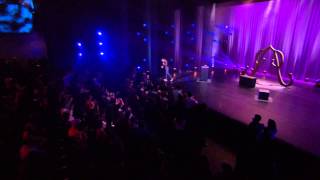 There's something magical about an Australian accent that seems to make even the most caustic wit come off with good-natured charm. And that delicate blend of deviant behavior and good intentions has skyrocketed Aussie comic Jim Jefferies to international acclaim with critics and fans alike. In this new hour-long special, the man hailed by Q Magazine as "Britain's most offensive stand-up comedian" shares fresh tales from his life on the edge, including a menage a trois in Montreal and attending a party where God is on the guest list.