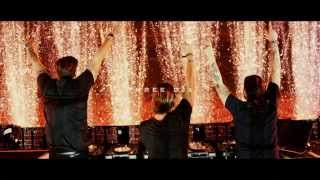 Steve Angello
Himself
Nikhil Chinappa
Himself
Axwell
Himself
Sebastian Ingrosso
Himself

A music documentary following the breakup of Swedish House Mafia and their subsequent One Last Tour. The largest electronic tour in history, selling over 1 million tickets in one week. Director Christian Larson captures the band in a unique fly on the wall manner as they call it quits and seek closure by going on the tour they had always dreamed of. With breathtaking live moments, huge laughs and dark lows, the band start to unravel why they came to the decision to end the biggest achievement of their lives to date to save their friendship. The film maps out three of the biggest stars in a scene which has gripped youth the world over and the psychology of the band. A film not to be missed.

Leave the World Behind streaming: where to watch online?

People who liked Leave the World Behind also liked