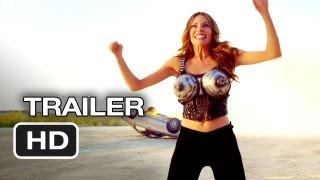 Ex-Federale agent Machete is recruited by the President of the United States for a mission which would be impossible for any mortal man – he must take down a madman revolutionary and an eccentric billionaire arms dealer who has hatched a plan to spread war and anarchy across the planet.

5.6 (74k)
Genres
Mystery & Thriller, Science-Fiction, Action & Adventure, Crime
Runtime
1h 47min
Age rating
R
Director
Robert Rodriguez
Under the new EU law on data protection, we inform you that we save your history of pages you visited on JustWatch. With that data, we may show you trailers on external social media and video platforms.