Magic Mike's Last Dance is not available for streaming.

Mike’s career has hit a low point. After a failed business venture, the once sensational stripper has returned to humble bartending. When he meets a well-to-do socialite, Mike is given an irresistible opportunity; to travel to London and give one last show. But not all is what it seems. Mike’s newfound companion is hiding a secret and with his career on the line, this will be the most important show of his life.

Magic Mike’s Last Dance is an upcoming comedy-drama movie. It is a sequel to Magic Mike XXL and is the third film in the Magic Mike series. The movie is directed by Steven Soderbergh, a prolific and acclaimed moviemaker. Soderbergh has been intimately involved in all three movies in the franchise. Writer of the first two movies, Reid Carolin, returns to pen the third. Magic Mike’s Last Dance is produced by Nick Wechsler Productions and distributed by Warner Bros. Pictures.

Magic Mike’s Last Dance is set to be released in cinemas on February 10th, 2023. The movie will eventually land on HBO Max, though it currently has no streaming release date confirmed. 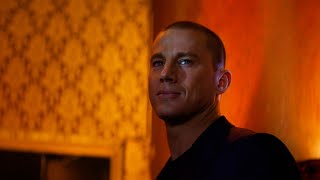 We try to add new providers constantly but we couldn't find an offer for "Magic Mike's Last Dance" online. Please come back again soon to check if there's something new.