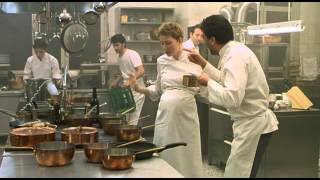 Martha is a single woman who lives for one passion: cooking. The head chef at a chic restaurant, Martha has no time for anything - or anyone - else. But Martha's solitary life is shaken when a fateful accident brings her sister's eight-year-old daughter, Lina, to her doorstep.