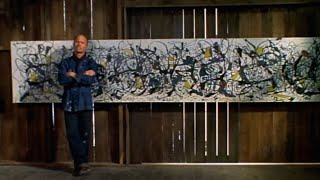 In August of 1949, Life Magazine ran a banner headline that begged the question: "Jackson Pollock: Is he the greatest living painter in the United States?" The film is a look back into the life of an extraordinary man, a man who has fittingly been called "an artist dedicated to concealment, a celebrity who nobody knew." As he struggled with self-doubt, engaging in a lonely tug-of-war between needing to express himself and wanting to shut the world out, Pollock began a downward spiral.

Pollock streaming: where to watch online?