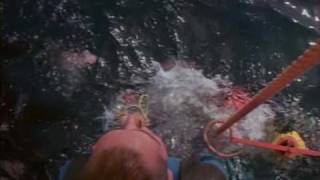 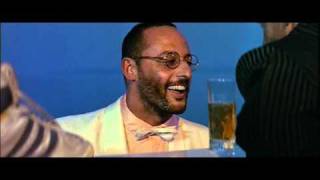 Two men answer the call of the ocean in this romantic fantasy-adventure. Jacques and Enzo are a pair of friends who have been close since childhood, and who share a passion for the dangerous sport of free diving. Professional diver Jacques opted to follow in the footsteps of his father, who died at sea when Jacques was a boy; to the bewilderment of scientists, Jacques harbors a remarkable ability to adjust his heart rate and breathing pattern in the water, so that his vital signs more closely resemble that of dolphins than men. As Enzo persuades a reluctant Jacques to compete against him in a free diving contest -- determining who can dive deeper and longer without scuba gear -- Jacques meets Johana, a beautiful insurance investigator from America, and he finds that he must choose between his love for her and his love of the sea.

The Big Blue streaming: where to watch online?

7.6 (48k)
Genres
Drama, Romance, Action & Adventure, Made in Europe, Sport
Runtime
2h 48min
Age rating
PG-13
Director
Luc Besson
Under the new EU law on data protection, we inform you that we save your history of pages you visited on JustWatch. With that data, we may show you trailers on external social media and video platforms.