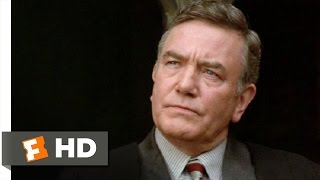 Andrew Crocker-Harris is an embittered and disliked teacher of Greek and Latin at a British prep school. After nearly 20 years of service, he is being forced to retire on the pretext of his health, and perhaps may not even be given a pension. The boys regard him as a Hitler, with some justification. His wife Laura is unfaithful, and lives to wound him any way she can. Andrew must come to terms with his failed life and regain at least his own self-respect.

The Browning Version streaming: where to watch online?