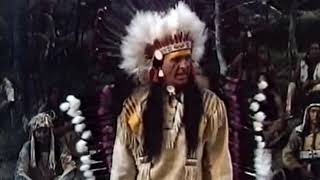 The only white survivor of a Crow Indian raid on a wagon train is a young boy. He is rescued by the Sioux, and the Sioux chief raises him as an Indian in very way. Years later, the white men and the Sioux threaten to go to war and the Indian-raised white man is torn between his racial loyalties and his adopted tribe.

The Savage streaming: where to watch online?

6.1
Genres
Action & Adventure, Western, Romance
Runtime
1h 35min
Director
George Marshall
Under the new EU law on data protection, we inform you that we save your history of pages you visited on JustWatch. With that data, we may show you trailers on external social media and video platforms.