The Son is not available for streaming.

After difficult years living with his mother in the debris of his parent's divorce, 17-year-old Nicholas needs a change. Choosing to move in with his father, Peter, and Peter’s new partner. Beth is not an easy decision but one of the few choices the teen has. Between a demanding job with career prospects, a new baby, and his partner Beth, Peter struggles to care for his teenage son. Desperate to break a generational cycle of failed care models passed down to him by his own father; Peter wants to change and do things differently. But by reaching for the past to correct its mistakes, he loses sight of how to hold onto Nicholas in the present.

The Son is an upcoming family drama movie directed by French filmmaker Florian Zeller. After investigating fatherhood and parent-child relationships in his first movie The Father, starring Olivia Wilde and Anthony Hopkins, Zeller returns to deepen the drama. Zeller has a background in theatre directing and is an acclaimed playwright. Both The Father and The Son are adapted from plays that he wrote, and for his work on The Father, he won an Academy Award. Continuing his collaboration with the director is Ben Smithard who takes the role of cinematographer for this production. The universally-acclaimed Hans Zimmer is handling the score for this brooding family drama.

Zeller invites a limited but impressive cast of performers to remake his commended stage play Le Fils. Multi-award-winning Laura Dern and Hollywood darling Hugh Jackman play the pivotal pair of Peter and Kate Miller. Navigating their divorce causes their son, Nicholas, played by Zen McGrath, to suffer acute psychological problems. The arrival of his father’s new partner Beth, played by Vanessa Kirby, is a lightning rod for the teenager’s troubles. The family is rounded out by grandfather Anthony Miller played by the prolific Anthony Hopkins, marking his second collaboration with director Florian Zeller.

The Son is set for a limited theatrical release on November 25, 2022, before a wider release in cinemas in the weeks following. It premiered at the 79th Venice International Film Festival in September. There is no confirmed streaming service that will host The Son.

The Son was first confirmed to be in production by writer and director Florian Zeller after his nomination for the 93rd Academy Awards in March 2021. Zeller would go on to win the award for Best Adapted Screenplay for his work on The Father and announce that he was finishing up the script for the follow-up work. In April 2021, Hugh Jackman and Laura Dern were cast in the main roles for The Son and were joined in June by Vanessa Kirby. With the main cast set, principal photography began in August 2021 alongside the announcement that Anthony Hopkins and Zen McGrath had joined the cast. The first teaser for the movie was released at the end of August 2022, anticipating the film's world premiere at the Venice International Film Festival in early September 2022. In October 2022, the first full-length trailer was released online showing the depth of this family drama and giving a glimpse of how difficult reconciliation can be. 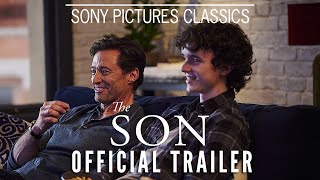 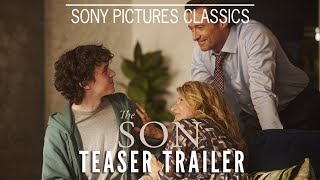 The Son streaming: where to watch online?

We try to add new providers constantly but we couldn't find an offer for "The Son" online. Please come back again soon to check if there's something new.