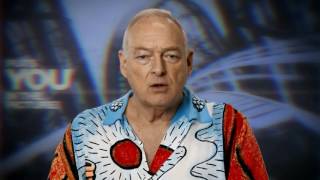 This is Cinerama is a 1952 full-length film designed to introduce the then-new widescreen process Cinerama, which broadens the aspect ratio so the viewer's peripheral vision is involved. This is Cinerama premiered on 30 September 1952 at the New York Broadway theatre, in New York City. The film includes scenes of the roller coaster from Rockaways' Playland, then moves on to a scene of the temple dance from Aida, views of Niagara Falls, a Viennese choir, scenes of the canals of Venice, a military tattoo in Edinburgh, a bullfight, more from Aida, a sound demonstration in stereo, scenes from the amusement park in Cypress Gardens, Florida for a water skiing sequence, and the playing of America the Beautiful as scenes are shown from the nose of a low flying B-25.

This Is Cinerama streaming: where to watch online?

People who liked This Is Cinerama also liked