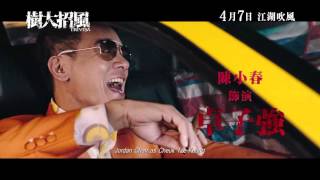 The film is set in Hong Kong before its handover to China in 1997, when the city’s booming economy inadvertently attracts three infamous criminals from Mainland China to cross the border and make their fortune in Hong Kong. Although unknown to one another, their notoriety has bred the rumor that the triumvirate will join forces to stage a shocking heist together, so much so that the criminals themselves get wind of it and are tempted to do just that.

Trivisa streaming: where to watch online?

Currently you are able to watch "Trivisa" streaming on Shudder, Shudder Amazon Channel, DIRECTV, Spectrum On Demand, AMC Plus.