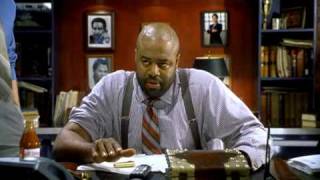 An Afro-American organization, the B.R.O.T.H.E.R.H.O.O.D., is in permanent fight against a white organization "The Man" defending the values of the black people in North America. When the Afro-American candidate Gen. Warren Boutwell behaves strangely in his presidential campaign, Undercover Brother is hired to work undercover for "The Man" and find what happened with the potential candidate.