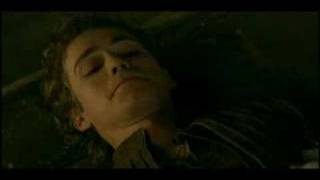 The film is set in Tuscany during the Black Death. As in the Decameron, ten young Florentines take refuge from the plague. But instead of telling stories, they have lusty adventures, bawdy exchanges, romance and swordplay. There are randy nuns, Saracen pirates, and a sexy cow.

4.8 (7k)
Genres
Action & Adventure, Romance, Made in Europe, Comedy, History
Runtime
1h 33min
Age rating
R
Director
David Leland
Under the new EU law on data protection, we inform you that we save your history of pages you visited on JustWatch. With that data, we may show you trailers on external social media and video platforms.