1923 continues the story of the Dutton family, documenting another generation of their ranching dynasty. Western expansion continues to consume the native land and put indigenous cultures in peril. In Montana, residents of the state are suffering from the Great Depression which arrived earlier than in other areas of the United States. On top of those large societal shifts, is the ongoing prohibition of alcohol, changing life for everyone. Jacob and Cara Dutton are no exceptions. As they seek to survive and expand in shifting circumstances, the pair have only each other to rely on. 1923 is a sequel to the television series, 1883, which documents the birth of the Dutton legacy. It is created by Taylor Sheridan and features legendary acting icons Harrison Ford and Helen Mirren.

1923 is a Western drama television series created by Taylor Sheridan for Paramount+. The show is a sequel to the series 1883 and a prequel to the original show Yellowstone all of which explore the Dutton family ranch. Art and John Linson return to executive produce this show after both having worked on the previous ones. Corrin Hodgson and Ben Richardson both of whom worked in the cinematography department for Yellowstone returned to the team in 1923 with Richardson directing the first episode. Taylor Sheridan remains the head writer of the series.

This chapter of the Dutton family ranch sees heavyweight acting duo Harrison Ford and Helen Mirren enter the fray. Ford, known for his work in action movies, plays Jacob Dutton, the family patriarch. His ever-present and reliable partner is portrayed by Helen Mirren, a multi-award-winning actress of the highest acclaim. The pair are joined by an expanded cast that includes Timothy Dalton, Brandon Sklenar, Marley Shelton, and Darren Mann. 1923 was released on Paramount+ on 18th December 2022.

In February 2022, it was first confirmed that a prequel to Yellowstone was in the works. It was originally titled 1932 and would bridge the gap from the prequel series 1883. By May of the same year, the huge casting news was revealed. Academy Award-winning Helen Mirren and the iconic Harrison Ford were cast in the main roles of Jacob and Cara Dutton. By June, the series had been renamed 1923. Sebastian Roche joined the cast in September alongside Sklenar Boards, Jerome Flynn, and Robert Patrick. By October, Taylor Sheridan confirmed that 1923 would no longer be a limited series as first thought but would span two seasons with the first being released in December 2022. The first trailer arrived in November 2022 showing the powerhouse pair of Mirren and Ford in their roles.1923 was released on 18th December 2022 on Paramount+. 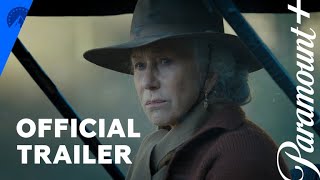 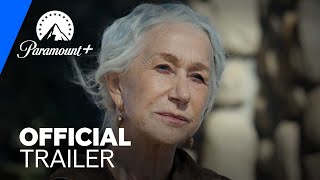 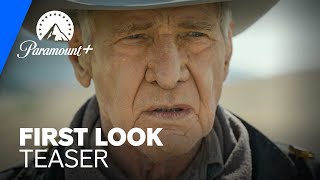 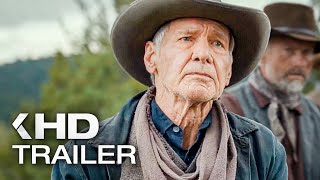