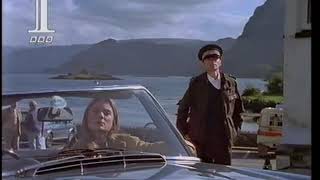 Hamish Macbeth is a comedy-drama series made by BBC Scotland and first aired in 1995. It is loosely based on a series of mystery novels by M. C. Beaton. The series concerns a local police officer, Constable Hamish Macbeth in the fictitious town of Lochdubh on the west coast of Scotland. The titular character was played by Robert Carlyle. It ran for three series from 1995 to 1997, with the first two series having six episodes and the third having eight.