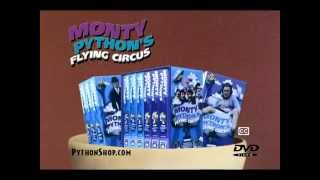 A British sketch comedy series with the shows being composed of surreality, risqué or innuendo-laden humour, sight gags and observational sketches without punchlines.

Currently you are able to watch "Monty Python's Flying Circus" streaming on Netflix or buy it as download on Apple iTunes, Amazon Video, Google Play Movies.