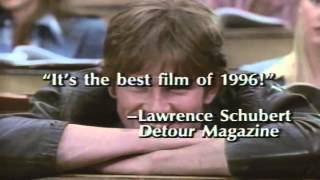 After World War II, Antonia and her daughter, Danielle, go back to their Dutch hometown, where Antonia's late mother has bestowed a small farm upon her. There, Antonia settles down and joins a tightly-knit but unusual community. Those around her include quirky friend Crooked Finger, would-be suitor Bas and, eventually for Antonia, a granddaughter and great-granddaughter who help create a strong family of empowered women.

7.4 (8k)
Genres
Drama, Made in Europe, Comedy
Runtime
1h 42min
Age rating
R
Director
Marleen Gorris
Under the new EU law on data protection, we inform you that we save your history of pages you visited on JustWatch. With that data, we may show you trailers on external social media and video platforms.